"About a Boy" Tittle tattle

"About a Boy" by Nick Hornby 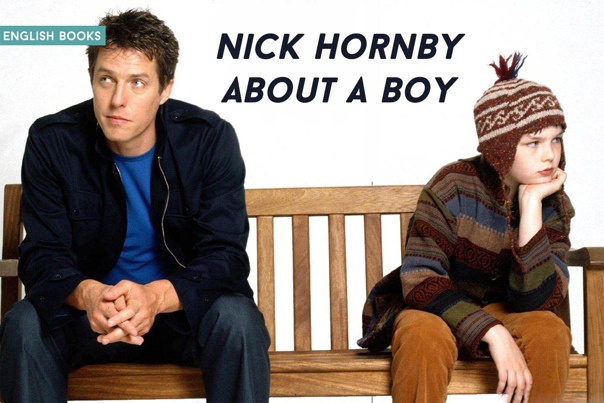 The film is based on Nick Hornby's novel about an unexpected but real friendship between a cynical, selfish man and an 11-year-old boy who is being bullied. Starring Hugh Grant, Nicholas Hoult, Rachel Weisz, Victoria Smurfit, Toni Collette and others.
Will is in his thirties, a bachelor who spends his life enjoying the bliss of having nothing to do. Marcus is an 11-year-old boy who is bullied and fearful of his mom's mental health. Under the influence of Marcus, Will begins to change his lifestyle and proves to everyone that he is not useless.
Tagline - Growing up has nothing to do with age
Directors - Chris Weitz and Paul Weitz
Soundtrack - Badly Drawn Boy provides nearly all of the music for this film
UK release - Friday 26th April 2002 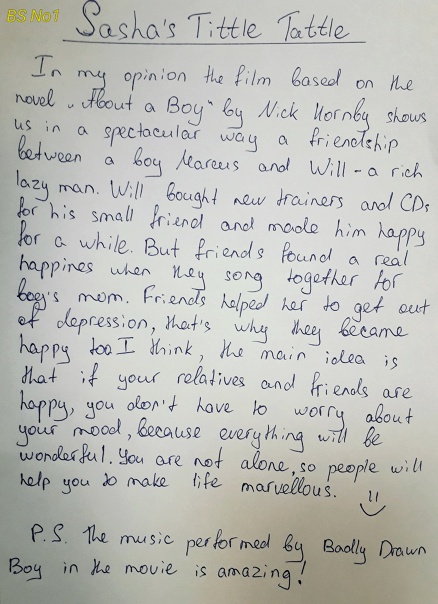 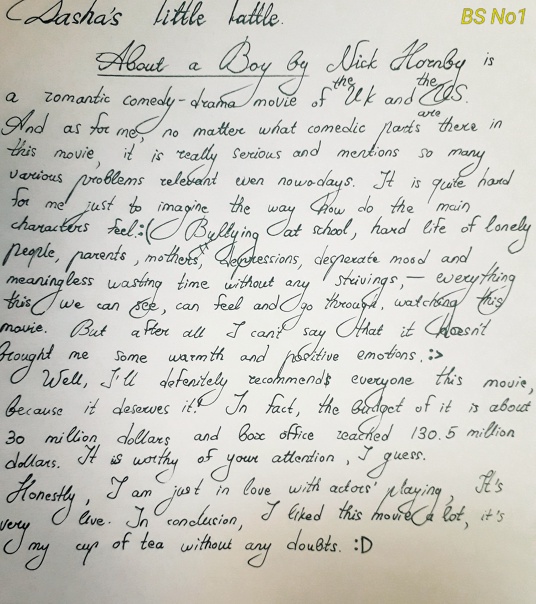 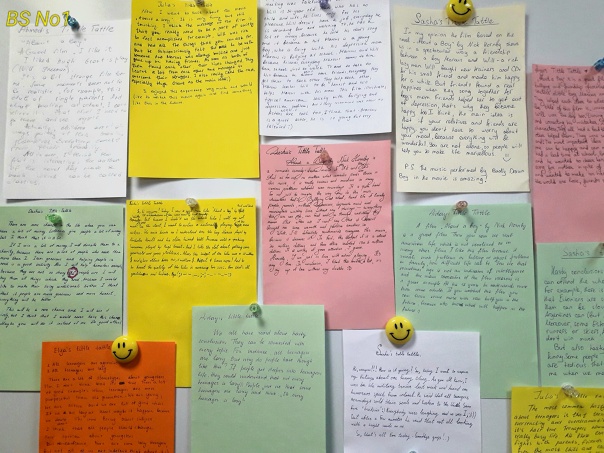